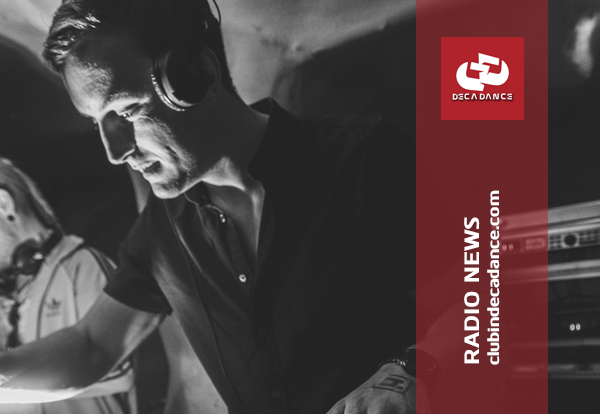 In a bid to develop and bring you the very best music from the world of house and electronic music every week, Decadance has thrown three brand new presenters into the current presentation team to make it the biggest team we have ever had in the radio side of the music business.  The new team fuses three brand new DJs added to three of the existing team; taking the total to six presenters bringing you the freshest new music; with presenters on rotation, and some having their own weekly slots on specific stations.

Steve Dean is one of the new presenters hosting his show on the first week of the month; Steve already works on a station in Brighton, and will be bringing his take on house music to his Decadance show each month.

Chary Nicks has been DJ’ing across Brighton for a number of years and having said that is still one of the newest Bass female DJ’s, supporting the likes of Dj GUV, Redlight, Coki, DJ Zinc, Royal T, Hedex, Macky Gee, Serum, Dr Cryptic, Pelikann & many more.  Versatile in her sound of house, Chary hit the scene hard bringing a mixture of heavy basslines and drums, combined with melodic synths that come together to form an indistinguishable sound that’s always fresh.

Finally, Curtis Jay; a rising up and coming DJ who is making waves across the South Coast, already hosting his own house show in Brighton, and developing his sound from the world of house.  On the more tech level of house you can expect some clean synths and melodies undercut with strong basslines and chunky production.

Steve, Chary and Curtis join the existing team consisting Mikalis who joined the team earlier in the year, Danny Wolf who was one of the very first Decadance Radio presenters when it first launched back in 2012, and the man behind it all since 2007, Ant Nichols who does a weekly show and supports the worldwide shows.