HOW HAS NIGHTLIFE CHANGED IN THE UK? 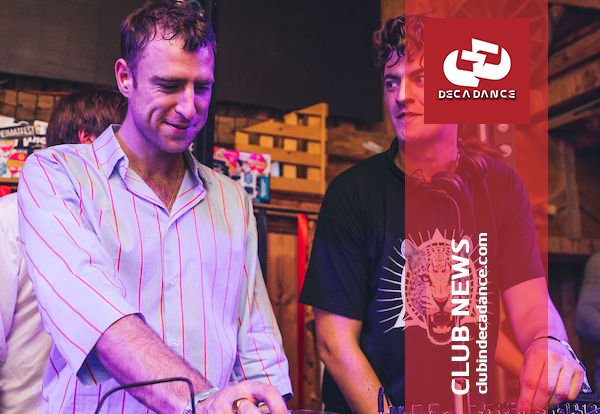 Nightlife in the UK has been an ever-changing animal. The notion of going out dancing has been around as long as humans have, but the idea of a room dedicated solely to dancing your socks off (in the UK) started with the Northern Soul scene, with clubs across the north of England, playing louder, faster and more intense dance music (often accompanied by drugs like amphetamines).

The late 70s brought disco across from the states, but it never reached the levels that the dance boom of the late 80’s and early 90’s reached. The rave era set the benchmark for the UK’s national raving culture, and put it on the map as one of the dance capitals of the world. From there came acid, garage, jungle, grime, tech house, UK techno and a host of other homegrown genres.

Now we arrive in 2019. 30 years since the rave boom of the late 80’s, many things in nightlife culture have remained the same – but many things have changed so much that they are almost unrecognisable.

The biggest change in nightlife culture, especially in the last 10-15 years, has been the impact of social media. Promotion for events is now done mostly on social media platforms, with Facebook, Twitter and Instagram taking the lead for promotions. Not only in a promoter-to-customer format, but social media can greatly affect an events success based on social media users reviews of events pages and how well those events do before the event.

Mobile phones on the dance floor

From an audience perspective, social media has heavily affected how clubbers experience nightlife. In particular, the use of mobile phones on the dancefloor has polarised critics and fans alike, with critics asserting that constant use of phones to document a night takes away from the raw energy of a club nights, whilst fans of the trend suggest it gives DJ’s, performers and promoters greater reach to grow their brands. Several clubs are beginning to implement ‘no phone’ policies to help clubbers experience music in a more immersive way – but is this helpful? Or is it just enforcing an opinion on clubbers who, for the most part, go out to enjoy themselves, no matter what form that takes

The first rise of the superstar DJs happened in the late 1990’s and early 2000’s, especially in places likes Ibiza. Original dance DJ’s were almost completely unknown but as the 90’s wore on, more and more DJ’s became ingrained in popular culture, mixing with politicians, footballers and fashion designers. This, combined with a lot of drugs, led to a perception by a lot of dance fans that the culture was declining, and becoming watered down and over-commercialised.

Dance music took a bit of a hiatus from the spotlight, from where it had been in the 90’s, but re-emerged as one of the premier youth movements of the 2010’s, with acts like Disclosure, Rudimental and Chase & Status taking dance music to new heights. For the last decade, dance music has been continually on the rise, with new genre’s exploding in the UK, particularly Tech House, Jump Up & Bassline among others.

With great popularity inevitably comes over-saturation and the rise of the second round of superstar DJ’s. Names like Skream, Jackmaster and Seth Troxler have almost become household names, but the dance scene has suffered as a result of this watering down of music and over-priced nights yet again. However, it’s not all doom & gloom – this has led to a rise in the UK of small, musically-motivated promoters which is leading to a more balanced dynamic in the UK dance industry as a whole – perhaps a more sustainable solution to keeping nightlife culture grounded, whilst allowing it to grow.

next blog →
We use cookies to ensure that we give you the best experience on our website. If you continue to use this site we will assume that you are happy with it.Ok