DRINK AND DRUG CULTURE IN THE UK 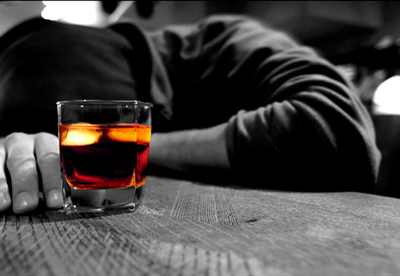 Drinking in the UK dates back as far as history itself – as it does across the world. Drug use however, didn’t reach national prominence in the UK until the post-war period. Mods & Rockers on barbiturate in the 50’s, acid and marijuana in the 60’s & 70’s, cocaine in the 80’s and ecstasy from the 90’s and beyond.

Drinking in the UK is something that is equal parts celebrated and demonised. As medicine and science have progressed, the negative effects of drinking have been increasingly exposed. But for many people, alcohol is not something they abuse, and can be a good way to wind down after a long day or week, just like having your favourite food or a cup of tea. Pubs are a national institution in the UK, and in many communities, are the cornerstone of villages and towns. Even though alcohol has a good reputation in the UK, things are starting to change. With increased medical research we now know more than ever the negative effects of alcohol abuse – in 2017, 7697 people died from alcohol-specific deaths.

Drinking in the dance music world has less of a weighty reputation. The intoxicant of choice for ravers have always been amphetamines like ecstasy and cocaine – they keep you dancing through the night rather than weighing you down like a few pints does. Like alcohol, drugs have their pros and cons. Much of the late 80’s dance community was formed on the unholy fusion of beats and pills. Many to this day form friendships and bonds off the back of ecstasy highs. Drugs have been instrumental even in the evolution of musical genres – stuff like gabber and donk were sped up to make the highs feel even more intense. LSD similarly affected rock music and led to the birth of Psychedelia in the 1960s. Drugs, however, have been linked to many deaths over the years, because the quality of product is not at all regulated. Always be careful with what you take, and if you are going to take drugs, use a drug testing kit!

It can be safely said that there is a much stronger, deep-rooted culture of drinking in the UK than drugs, Alcohol has been a part of life for thousands of years, and for many people, alcohol is a daily drink. Go through London on a Friday evening and you will see people a continuous stream of drinkers until Sunday evening. Alcohol has less of an extreme effect on people than drugs, and is probably why it’s so much more heavily consumed. For this reason, alcohol isn’t particularly associated with any events or cultural scenes. Alcohol is consumed by nearly all Brits, and can easily be drunk on the beach as much as in a club.

Drugs, however, tend to have more specialised purposes. Ecstasy, for example, is primarily taken in the context of a nightclub, to enhance the music and atmosphere. Cocaine, similarly is used at parties and events to help people socialise and stay up. Marijuana can also enhance deep bass music, For these reasons, drug culture can be seen to be more heavily linked to dance music and club culture. They are in essence an integral part of nightlife in the UK.

Drug and drink culture are therefore very different types of culture. Drug culture has of course been heavily restricted by the law, which makes it appeal to younger adults and teenagers who want to rebel.

Really, the two cultures shouldn’t be compared as they have little in common with one another, and the most important thing to remember is that neither is better than the other, and to always use alcohol or drugs responsibly!

We use cookies to ensure that we give you the best experience on our website. If you continue to use this site we will assume that you are happy with it.Ok